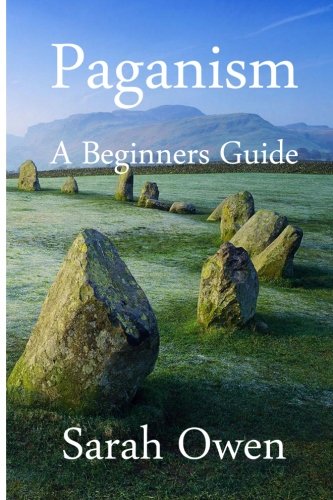 Interest in Paganism is steadily increasing and, while rooted in ancient tradition, it is a living religious movement. With its reverence for all creation, it reflects our current concern for the planet. This introductory guide explains: • what Paganism is • the different Pagan paths • what Pagans do • how to live as a Pagan Paganism is one of the fastest growing spiritual movements in the West today. Pagans are those who worship the ancient pre-Christian Gods of our ancestors and of our lands. Originally, the word ‘Pagan’ was applied to those who worshipped the Gods of the pagus, which in Latin means ‘locality’. Pagan was also used in another sense by Christians – to mean ‘country dweller’. ‘Heathen’, of German origin, is also used by those who worship the Northern European Gods. Heathen means the someone of the heath who worships the Gods of the land. ‘Paganism’ is not a word that our ancestors would have used and it is seen by some as derogatory. Outside Europe, Pagans often reject it as an example of Western colonialism denigrating their traditional beliefs. In West Africa, the followers of indigenous spirituality refer to their beliefs as African Traditional Religion. In the West, the terms Native Spirituality, Celtic Spirituality, European Traditional Religion, the Elder Faith and the Old Religion are also used to describe the Pagan religions. Pagans have a variety of beliefs, but at their core are three which many would share: 1) The Divine has made itself manifest through many Deities in different places and at different times. No one Deity can express the totality of the Divine. This can be called polytheism – the Gods are many. 2) The Divine is present in Nature and in each one of us. This can be called pantheism – the Divine is everywhere. 3) Goddess and God: The Divine is represented as both female (Goddess) and male (God) while understanding that It is beyond the limitations of gender. 4) A fourth principle that some Pagans would share is called the Pagan Ethic: ‘If it harms none, do what you will.’