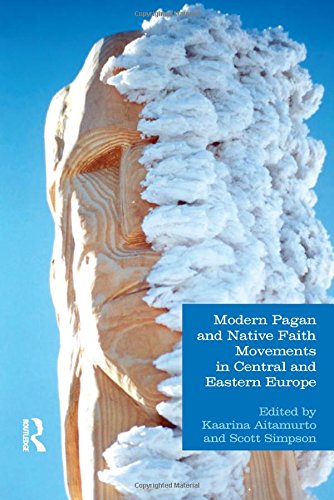 The resurgence of religiosity in post-communist Europe has been widely noted, but the full spectrum of religious practice in the diverse countries of Central and Eastern Europe has been effectively hidden behind the region’s range of languages and cultures. This volume presents an overview of one of the most notable developments in the region, the rise of Pagan and “Native Faith” movements. Modern Pagan and Native Faith Movements in Central and Eastern Europe brings together scholars from across the region to present both systematic country overviews – of Armenia, Bulgaria, the Czech Republic, Hungary, Latvia, Lithuania, Poland, Romania, Russia, Slovenia, and Ukraine – as well as essays exploring specific themes such as racism and the internet. The volume will be of interest to scholars of new religious movements especially those looking for a more comprehensive picture of contemporary paganism beyond the English-speaking world.Used Book in Good Condition