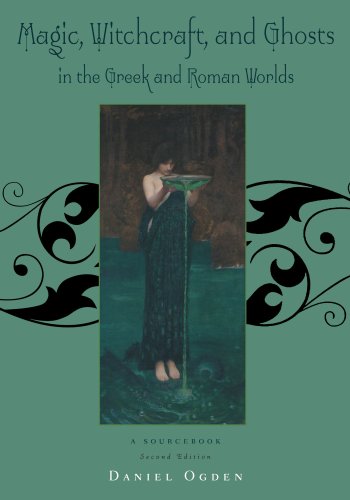 In a culture where the supernatural possessed an immediacy now strange to us, magic was of great importance both in the literary and mythic tradition and in ritual practice. Recently, ancient magic has hit a high in popularity, both as an area of scholarly inquiry and as one of general, popular interest. In Magic, Witchcraft, and Ghosts in the Greek and Roman Worlds Daniel Ogden presents three hundred texts in new translations, along with brief but explicit commentaries. This is the first book in the field to unite extensive selections from both literary and documentary sources. Alongside descriptions of sorcerers, witches, and ghosts in the works of ancient writers, it reproduces curse tablets, spells from ancient magical recipe books, and inscriptions from magical amulets. Each translation is followed by a commentary that puts it in context within ancient culture and connects the passage to related passages in this volume. Authors include the well known (Sophocles, Herodotus, Plato, Aristotle, Virgil, Pliny) and the less familiar, and extend across the whole of Greco-Roman antiquity.

The second edition includes a new preface, an updated bibliography, and new source-passages, such as the earliest use of the word “mage” in Greek” (fr. Aeschylus’ Persians ), a werewolf tale (Aesop’s Fables), and excerpts from the most systematic account of ancient legislation against magic (Theodosian Code).