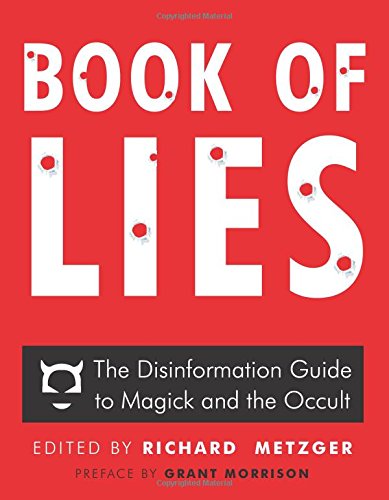 First published in 2003, Book of Lies was hailed as a 21st century grimoire and instantly became a cult classic. Now reformatted for the next generation of magicians and all counterculture devotees, it gathers an unprecedented cabal of occultists, esoteric scholars,and forward thinkers, all curated by Disinformation’s former “wicked warlock” Richard Metzger.

This compendium of the occult includes entries on topics as diverse and dangerous as Aleister Crowley, secret societies, psychedelics, and magick in theory and practice. The result is an alchemical formula that may well rip a hole in the fabric of your reality:

It’s all here and more!